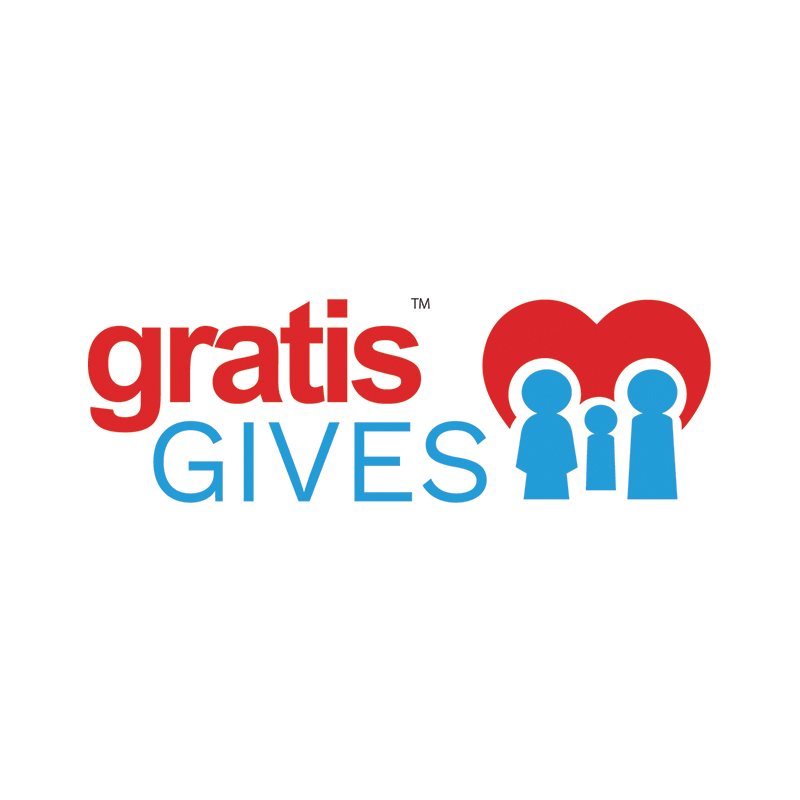 The Veterans Guest House has a long history as the best-kept secret in Reno. The “Home Away from Home” is the only facility of its kind in the country serving U.S. military veterans in the way it is done at the Veterans Guest House. The House is privately funded and receives no government funding for its operations.

In the early 1990s, veterans visiting the Veterans Administration Medical Center of the Sierra (VAMC) early in the morning noticed that windows of cars in the parking lot were fogged up. This meant only one thing—someone had spent the night in their vehicle. One morning a woman was exiting one of these cars and the concerned veterans asked her about her situation. Her husband was in the ICU. She and her children had spent the night in their car because they had no other option. These veterans said, “never again on our watch will this occur.” This is when the idea for the house began. 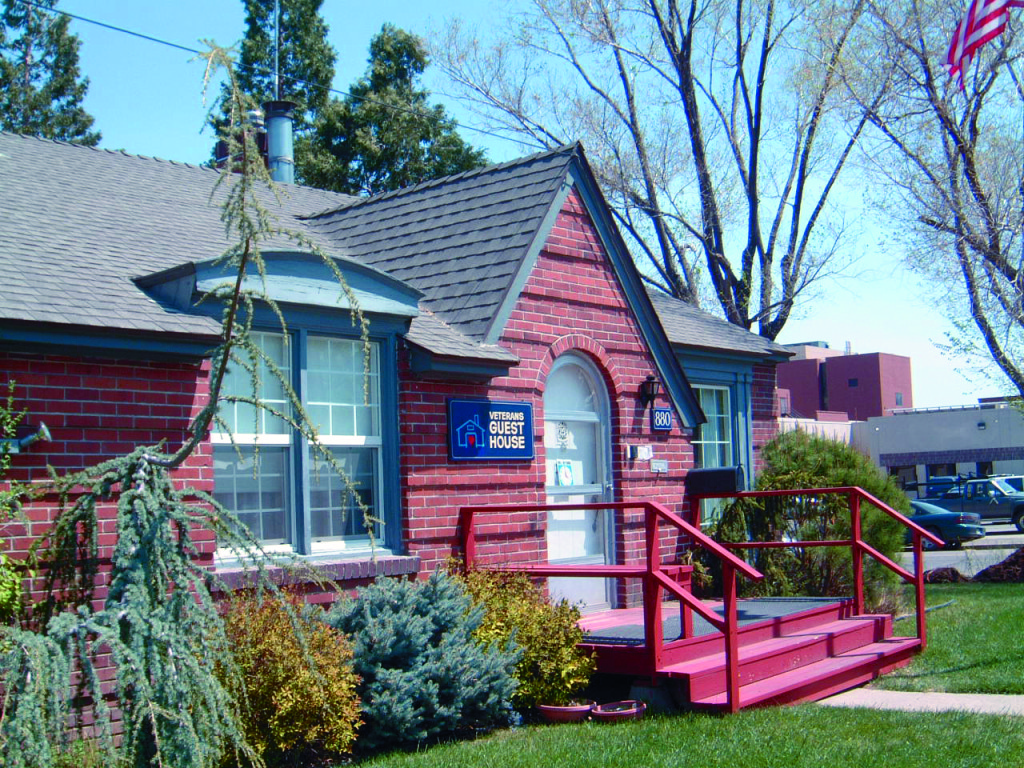 The Veterans Hospital Foundation received its 501(c)(3) status from the IRS in 1992. In 1994 the Reno “Spouse House” was opened. It would soon become apparent that veterans needed this support as well. The original 1935 bungalow located at the corner of Locust and Taylor (880 Locust St.) housed veterans and family members for the next ten years. It had 3-5 beds, depending upon the year, and prior to it being raised was providing 800-900 guest nights of lodging a year. 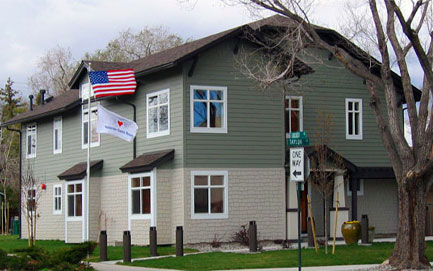 In 2002, the organization changed its name to Veterans Guest House, Inc., and in 2004, with the help of the community, a new 12-bed home was built. Usage grew and the house did, too. In 2012 a second house located adjacent to the existing one was opened bringing the bed total to 17. In 2016, occupancy numbers exceeded 5,300 guest nights. The two homes are basically full year-round.

In August of 2017, construction began on a new facility located immediately adjacent to the house above. This facility will be completed in June 2018. It will have 21 beds bringing our total capacity to 33 beds and allowing us to serve even more veterans and their families. Below is the rendering of the expansion project as well as a current photo as of February 9, 2018. 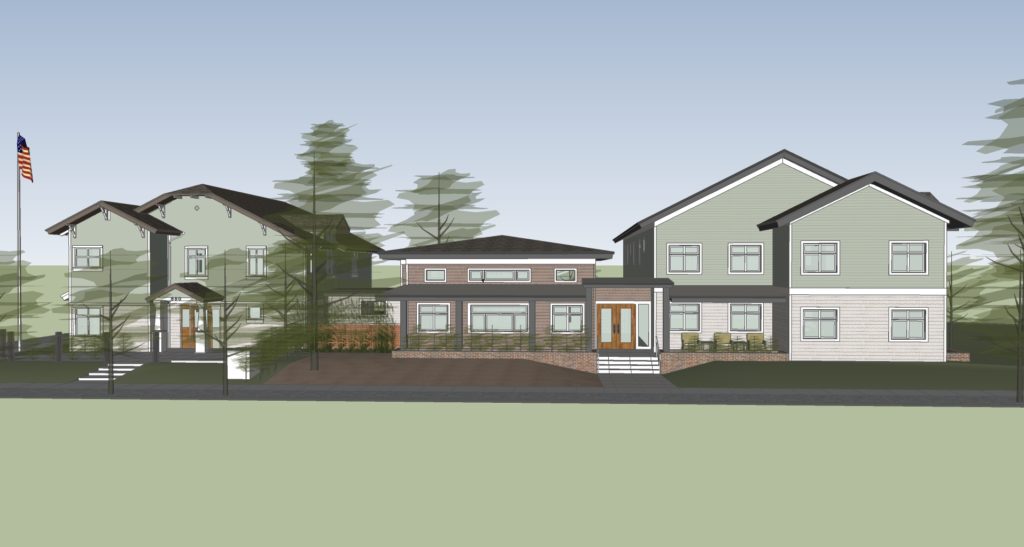 If you’re interested in supporting the Veterans Guest House, there are many ways you can help. Click one of the links below!

We are a family owned company in Nevada that prides itself on being the best.

We are a family owned company in Nevada that prides itself on being the best.

If you are exploring the possibility of using Front Office Staff-Reno’s Virtual Receptionist Service the first step is to meet with Rena Zatica, Co-owner/VP of Marketing & Sales. Rena will schedule time to meet with you in your office, at Front Office Staff-Reno’s office or via the phone. Rena will review with you the two basic contracts, pricing and the length of the setup process.

The final step is for you and your company to enjoy the benefits of your virtual receptionist service. Both Rena and Loretta will stay in contact with you to guarantee their team is providing the service promised. Whether you are a local client or across the U.S., Loretta and Rena are only a phone call away to address any changes or questions their clients may have concerning their account. Remember it is the goal of the entire Front Office Staff-Reno team to provide each and every client with a “Great First Impression.”

Loretta will send out a welcome letter with all of the details of your account, such as your assigned number to forward your business number to, how to retrieve voicemail messages, Front office Staff-Reno’s hours of operation and holiday schedule. Once Loretta has sent you the welcome letter, she will bill the credit card on file for your company.

Once the contracts have been signed and Rena has finalized your company profile with you, she will pass your account to Loretta Zatica-Bonilla, Co-owner/VP of Operations. Loretta will set up your billing account, program your company and team’s information into Front Office Staff-Reno’s elaborate phone and computer systems, and ensure it is properly tested. When testing, Loretta will request a response from everyone programmed into our systems to check the accuracy of programming and testing. This process takes five business days to complete.

Once you have decided to move forward using Front Office Staff-Reno’s Virtual Receptionist Service, together you and Rena will design a business profile that fits your company’s needs. Rena will gather information about your various departments, team members, how they like their calls handled and what type of messaging you prefer. Most importantly, Rena will explain how her team of receptionists will be trained on your company profile. This allows them to accomplish the friendly, professional and knowledgeable service you are purchasing.